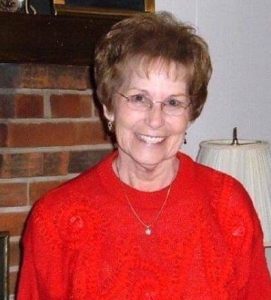 Her longtime pastor, Bro. Donnie Payne, officiated at the 3 p.m. Monday afternoon December 3rd funeral services from the Carthage Chapel of Sanderson Funeral Home. Interment followed beside her husband in the Garden of Peace at Smith County Memorial Gardens.

On May 12, 1989 she was united in marriage to Robert “Bob” Quarles Kerr, a native of the Stone Community in Jackson County, a retired United States Air Force Staff Sergeant.

He preceded her in death on September 3, 2011 at the age of 82 following only twenty two years of marriage.

Mrs. Kerr was a faithful and dedicated member of the Carthage Road Baptist Church in the Popes Hill Community.

She retired from Robertshaw Industries in Lebanon in 1989.