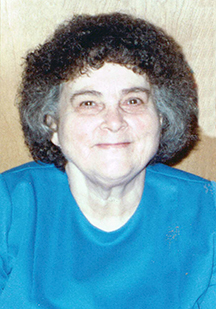 Mrs. Malone was born January 14, 1929 in the Hays Ridge Community of Dekalb County, TN, a daughter of the late Bill Judkins and Virgie Bates Cripps Judkins. She married William Logan Malone on January 3, 1975 and he preceded her in death on November 5, 1982. Mrs. Malone was also preceded in death by Brother; Jesse Howard Judkins, Half Sisters; Hazel Louise Lamberson, Johnie Nixon, Maggie Green Ray, and Lizzie Melissa Justice and Half Brother; William B. Cripps. Mrs. Malone was a member of the Temperance Hall Pentecostal Church for 69 years.

Funeral Services for Mrs. Malone are scheduled to be conducted from the Gordonsville Chapel of Bass Funeral Homes on Thursday, December 20, 2018 at 1PM with Chris McMillen officiating. Interment will follow in the Gordonsville Cemetery.

Visitation with the Malone Family will be at the Gordonsville Chapel of Bass Funeral Homes on Wednesday from 2PM until 8PM and on Thursday after 11AM until service time at 1PM.