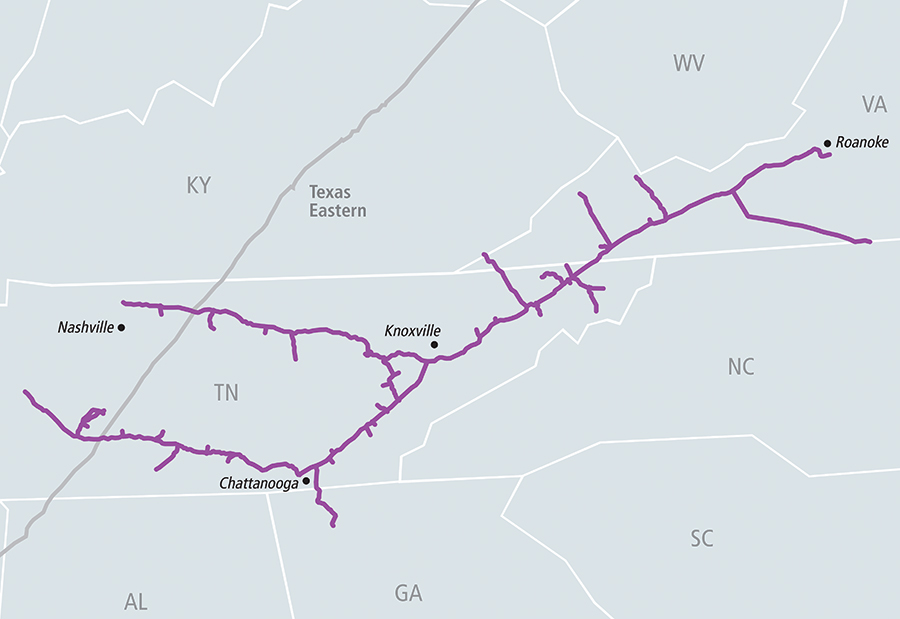 EXPLOSION OCCURRED AT PIPELINE IN 1949

The explosion in the Pleasant Shade community, along what is known as the East Tennessee Natural Gas pipeline, is believed to be the second major blast on its primary route in Smith County since its installation in the late 1940s. The main pipeline enters northern Smith County from Trousdale County, traveling through the general areas of Pleasant Shade, Defeated and Kempville before exiting into Jackson County.

In December of 1949, what was described as a “series of explosions” and a fire occurred in the Defeated community at 6:30 a.m. According to a report which appeared in the December 14 edition of the Carthage Courier, the explosion erupted into flames towering an estimated 500 to 600 feet in the air and could be seen from as far as Carthage. The location of the explosion was in a creek bed. The blast reportedly “showered drops of water for more than one-half mile”.

The home of Ray Brooks caught fire and had to be extinguished by the Carthage Fire Department. Brooks’ daughter was knocked to the ground by the blast as she was leaving the house to catch a school bus to Defeated Elementary School. The youth also suffered burns in the incident. The burning pipeline sent boiling water down Defeated Creek. The water was said to be hot enough for “hog scalding”.

According to the Courier, the “pipeline crew” said the explosion was caused by “bad pipe” which “couldn’t withstand the pressure”. Early construction of the pipeline in Smith County: In August of 1949, construction of the East Tennessee Natural Gas pipeline through the northern section of the county was underway.