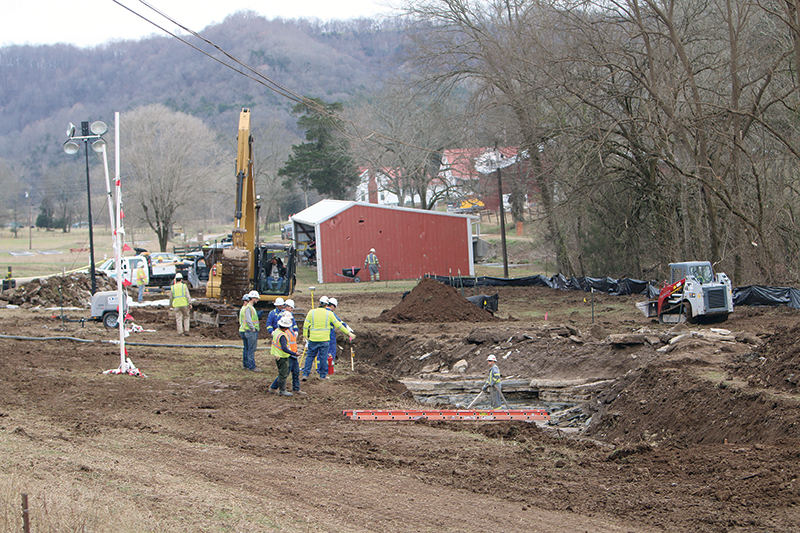 An investigation to determine the cause of a natural gas pipeline to suddenly explode, rocking the Pleasant Shade community, is expected to take months. The 22 inch pipeline is owned and operated by Enbridge, a Houston, Texas based energy company. Michael Barnes, a spokesperson for Enbridge, estimated it would take six months to a year to determine the cause of the explosion. “I know everyone wants answers right,” said Barnes, noting the company doesn’t have them right now. In addition to separate investigations at the federal and state levels, a company investigation is also taking place, said Barnes.

Enbridge will also hire a firm to conduct an independent investigation. The explosion occurred around 2 p.m., Saturday, December 15, on Stone Branch Road in Graveltown which is just south of the Pleasant Shade community and north of the Four Way Inn community. While no one was injured, the community is fortunate. The explosion sent tons of dirt and rock into the air some of which landed on a house, shop, barn, farm equipment on the farm of Scott and Ramona Wilmore and onto a nearby Stone Branch Road. The explosion was described as lasting “minutes” and could be heard miles away.

The blast left a hole described as “deep enough to set a bus inside”. In order for Stone Branch Road to become passable, rocks and dirt from the explosion had to be removed by the county road department. Residents who live in the area have become accustomed to the pipeline, which was constructed in the 1940s. With the exception of an occasional bad odor coming from a checkpoint located on Pleasant Shade Highway, the pipeline goes unnoticed.