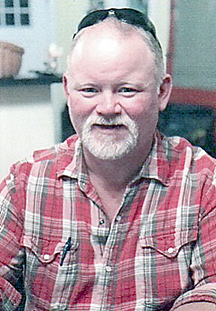 Funeral services were conducted from the Carthage Chapel of Sanderson Funeral Home on Friday morning December 28th. Chaplin Jon Shonebarger officiated at the 11 a.m. services and Rodney Good delivered the eulogy. Private interment for the family will be in the Hensley Family Cemetery in the Beasleys Bend Community.

Born Wayne Douglas Hensley on July 22, 1973 in Oak Ridge in Anderson County, Tennessee, he was one of two children of Melvin Randall “Randy” Hensley and Vera Jane Haynes Hensley, both of the Dixon Springs Community.

In Mt. Juliet on May 4, 2002 he was united in marriage to Mt. Juliet native, the former Jammie Lin Grishom.

For the past nineteen years he was a Journeyman iron worker for the Ironworkers Local #492 in Nashville.

He had also served as vice-president of the union and at the time of his death was an apprentice instructor.

Mr. Hensley was of the Southern Baptist faith.

Surviving Mr. Hensley in addition to his parents and his wife Jammie of over sixteen years are their two daughters, Ella and Emilee Hensley both of the home; sister, Stacey Haynes and husband Wayland of Watertown, paternal grandmother, Nellie Hensley of Speedwell, Tennessee.