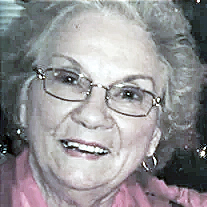 Mrs. Kent was born January 24, 1929 in the Maggart Community of Smith County, TN, a daughter of the late Champion Edward Vaden and Daisy Ann Grisham Vaden. She married Bethel M. Kent on August 4, 1944 and he preceded her in death on December 31, 1989. She retired from the Washington Manufacturing Company after many years, and later worked for Kimberly’s in Lebanon as a store clerk. Mrs. Kent was a member of the Order of the Eastern Star Dekalb Chapter at Liberty #488. She was a member of the Brush Creek Missionary Baptist Church for 59 years.

Funeral Services for Mrs. Kent are scheduled to be conducted from the Gordonsville Chapel of Bass Funeral Homes on Thursday, January 3, 2019 at 1PM with Bro. Chris Chambers officiating. Interment will follow in the Gordonsville Cemetery.

Visitation with the Kent family will be at the Gordonsville Chapel of Bass Funeral Homes on Wednesday from 4PM until 8PM and on Thursday after 11AM until service time at 1PM.