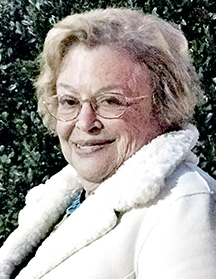 Mrs. Gloria “Glo” Nipp of Jamestown, North Carolina and a Carthage native died January 3, 2019 in Greensboro, North Carolina following a fall at her Fairidge Drive home. She was 77.

Private graveside services and interment will be held at the Guilford Memorial Park in Greensboro, North Carolina.

In 1963 she graduated from the University of Tennessee with a degree in accounting, a profession she followed and loved very much.

The love of numbers was a trait she inherited from her father who had an excellent aptitude for accounting.

Following graduation she was united in marriage in 1963 to Robert “Bob” Nipp at the Carthage United Methodist Church.

She was a member of the Jamestown United Methodist Church which is a suburb of Greensboro and there she was active in the meals on wheels program and enjoyed playing bridge with her cherished friends at the Cedarwood Swim and Tennis Club.

Mrs. Nipp and her husband spent about a third of each year at their condo in Myrtle Beach, South Carolina.

Surviving in addition to her husband of over fifty five years their three children, Jeff Nipp and wife Brecken of Pompano Beach, Florida, Alison Small and husband Jeff of Atlanta, John Nipp and wife Tracy of Charlotte, North Carolina; seven beloved grandchildren, Jackson, Molly and Olivia Nipp, Gabriella Small; Emma, Alec and Wyatt Nipp and her two very best friends with whom she graduated at Smith County High School and the University of Tennessee at Knoxville, Barbara Nixon Upchurch of the Horseshoe Bend Community and Glenda Sanderson Myers of the Granville Community.

This notice provided as a courtesy to the Nipp family.