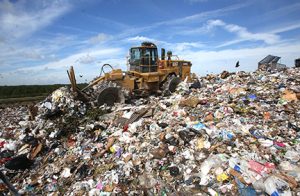 The town of Carthage has temporarily agreed to continue accepting a liquid substance known as leachate, a byproduct of the county landfill which is deposited in the city’s sewer system, while an agreement between the city and county is being renegotiated.

Leachate is a liquid which drains or leaches from a landfill. According to city officials, the agreement with the county to accept the leachate was in the form of a memorandum of agreement and had a 30 day cancellation clause. Mayor Sarah Marie Smith invoked the 30 day clause in December.

During a special called council meeting, Thursday afternoon, the city’s council agreed to temporarily continue accepting the leachate while a contract between the city and county could be negotiated. The contract will include more stringent testing by the county prior to the leachate being deposited in the city’s sewer system.