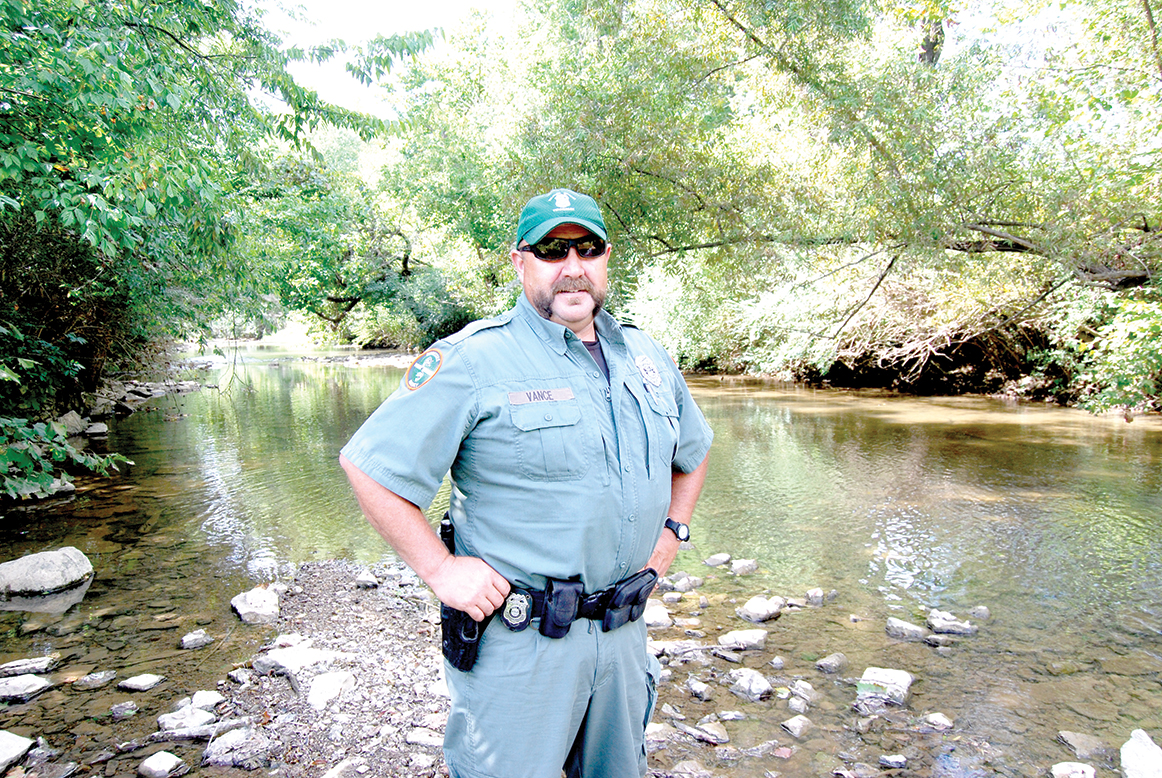 Queried as to what his job title is Mark Vance, who was raised in Gordonsville, is all business about his vocation and gives an answer that reflects his sense of humor. “I am the wildlife officer for Cannon County, ergo the game warden, the possum sheriff, the rabbit sheriff, the coon cop and my favorite — the fish fuzz.”

Becoming a Tennessee Wildlife Resources Agency officer came natural for Vance. It just took him longer than most to figure it out. After 18 years in management for Walmart, Vance reigns as the oldest wildlife officer in District 21 as he turned 52 in October. With eight years behind him with TWRA, he has covered Cannon County the past seven years. “I wanted to do this in high school. My nickname was ‘nature boy,’ and I wore a game warden hat all through high school,” said Vance, who was born the son of James and Margaret Vance and graduated from Gordonsville High School in 1985.

“The first time I was allowed to leave home alone with my pellet rifle, I was 10 or 11. It took me three tries to kill a squirrel. At 12 or 13, I got to carry my father’s .22 hunting onto his 16 acres. My first time to go fishing by myself, I rode my bike to Caney Fork, so I fished rivers and farm ponds.” While his accent nowadays is purely Tennessee country, his first language was Spanish, which he picked up as a tot when his late father, a Missionary Baptist preacher, served as a missionary in Guadalajara, Mexico.

“This is my second career,” said Vance, who earned three degrees at Tennessee Tech. First came a business management degree in 1990, followed by degree in wildlife in 2006. He gained a master’s degree in biology in 2008 while writing a thesis on the American chestnut tree.