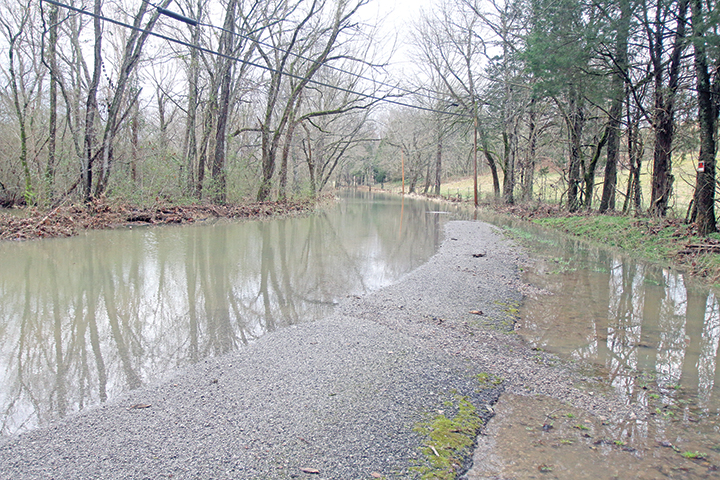 WOMAN DRIVES INTO WATER ON FLOODED ROAD, ESCAPES WITH 2 CHILDREN

Heavy rainfall last Wednesday night and into early Thursday morning flooded roads throughout the county. While there were no reports of homes or businesses being flooded, there was costly damage to county roadways. Several county and state roads were flooded while the storm system passed through.

The most serious incident of the night occurred in the Plunketts Creek community where a woman from Wilson County, with two children in her vehicle, drove into flood waters. The vehicle stalled in the high water but the woman managed to get herself and the two children to safety, according to Emergency Management Agency Director Sonny Carter. The vehicle was flooded and eventually swept to the side of the road.

Most of the northern section of the county received between four and five inches of rainfall overnight Wednesday and into Thursday morning.