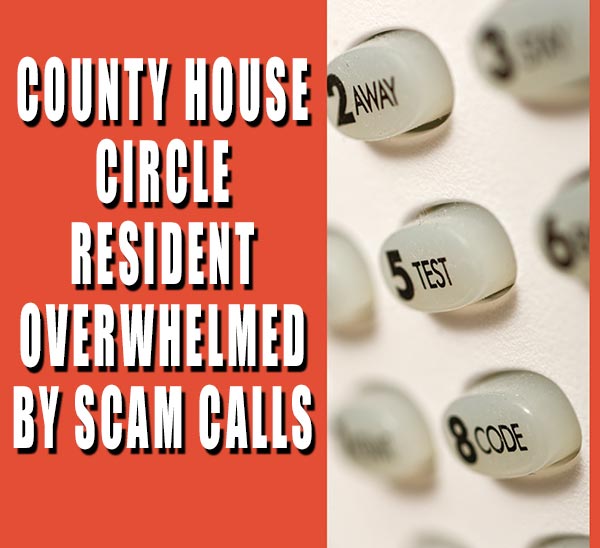 It happens when she is preparing meals, sleeping or while she’s watching a favorite television program. For months now, a County House Circle resident has become the target of telephone scammers. It’s not the random once a week telephone scam call, rather Carolyn Jackson is being inundated with scam calls. It’s not uncommon for Jackson to get as many as two to three calls per day.

The scam calls include mainly offers of fraudulent medical services and sometimes lottery winnings. “It wouldn’t bother me if I was sitting here doing nothing. They call when I’m cooking or trying to do the laundry. I don’t have time for this,” says Jackson. “They’re calling me wanting to know if I want to renew my warranty on my truck. Now that Christmas has passed, it’s about credit cards.”