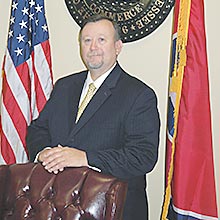 Carthage City Attorney David Bass is resigning his position with the city. During the city’s March council meeting Thursday night, Bass informed the council he was stepping down and hoped to be out of office by April 1.

Bass, who has served under a number of mayors, said he had held the position for more than 20 years. During the past two meetings, Councilman Cole Ebel, who is often at odds with Mayor Sarah Marie Smith, has raised questions concerning the city attorney’s role.

Bass described his duties as “serving at the pleasure of the mayor” and advising the council collectively on legal issues, not individually.