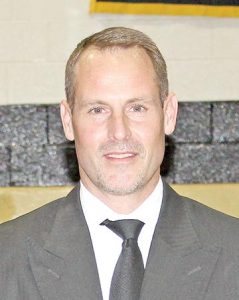 The Gordonsville High School Tigers boys basketball team will have a new leader for the 2019-2020 season. Veteran head coach Greg Bibb will take the reins of the Big Blue program. Bibb comes to “Tiger Town” after a one year stint as head coach of the Smith County High Lady Owls basketball program. Prior to his time with the Lady Owls, Bibb served as an assistant coach at Stone Memorial High School for the girls basketball program.

The former Tennessee Tech hoopster and TTU grad spent a decade coaching boys programs at Pickett County and Van Buren County — both of whom are familiar foes for the Tigers. He helped lead the Pickett Co. Bobcats program to a state tournament appearance in the 2004-2005 season. GHS principal Shane Vaden shared his thoughts on the new hire and how the administration decided on Bibb. “Once we decided that we were going to make a change, Coach (Butch) Agee and I had a list of people that we wanted to get in contact with,” said Vaden. “I had known Coach Bibb because I had actually coached against him when he was at Pickett County and Van Buren County.