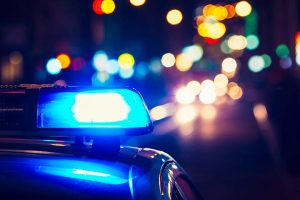 There were two people traveling in the vehicle, a male driver and a female passenger. During the investigation, the female passenger was found in possession of two bottles of prescription medication, Oxycontin and Oxycodone. According to an offense report filed by Sgt. Fields, the female allegedly admitted to selling 18 Oxycontin pills and had discussed it with the male subject traveling in the vehicle.

Also, according to the report, the female allegedly admitted giving her daughter some of the pills.