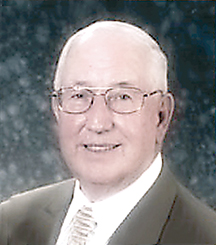 A Smith County native has been selected as a 2019 inductee into the Southern Gospel Music Association (SGMA) Hall of Fame. The late Jackie Wilburn was a well-known southern gospel music singer, radio host and pastor.

During his career as a singer, Wilburn was a member of a number of southern gospel music groups but is most noted for performing with family members in various groups, most notably The Wilburns.