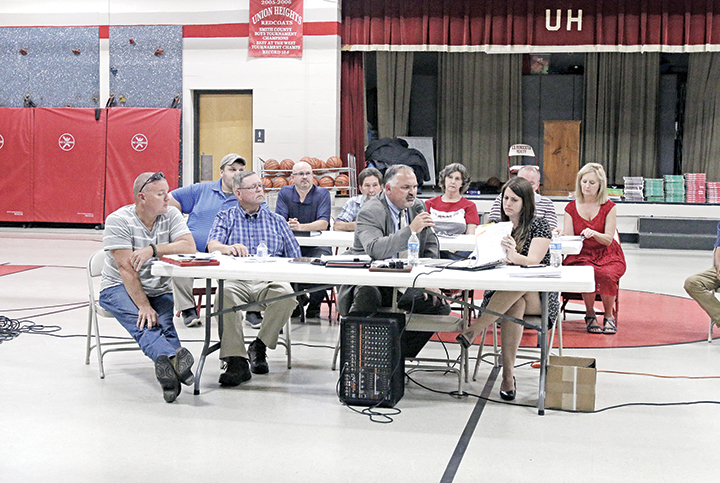 The county’s Budget and Finance Committee is proposing an increase of 59 cents per $100 of assessed property to fund the upcoming budget. The county’s property tax rate is currently $2.14. If approved, the rate would climb to $2.73. “For the last two months we’ve basically stopped spending,”

County Mayor Jeff Mason told residents gathered for the meeting. “Nobody wants to be here because of the situation we’re in. This is not a subject I expected to be dealing with in my first year in office. I know this is a big increase. I don’t like it. I wish there was a better way to do it. I have to pay it too.” Throughout the meeting residents suggested areas where the budget could be cut and questioned county expenditures. Having been in office less than a year, Mayor Mason says he has found ways the county can cut expenses, given time.