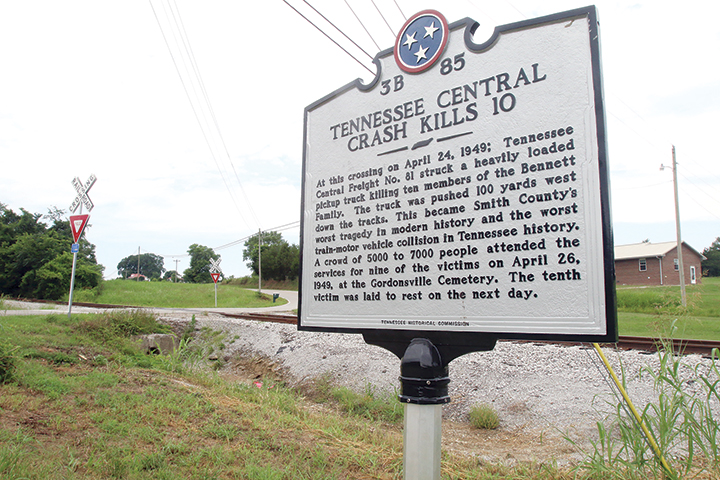 A new historical marker has been erected commemorating the tragic train wreck at the railroad track intersection with Highway 141 near Stewart’s Bend. Ten members of the Bennett family were killed in the accident which occurred in April 1949. All of the individuals killed in the accident lived in the Hogan’s Creek community. The family was returning from services at the Lancaster Church of God, located approximately three miles from the accident site. All of the victims were traveling in a farm truck which collided with a Tennessee Central freight train. The historical marker was erected as a service project of the Leadership Opportunity Smith County Class of 2018 and was unveiled on July 7.

SEE PHOTOS IN THIS WEEKS COURIER!