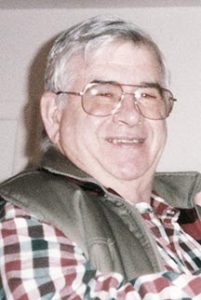 Mr. Wilson (Bud) Collins of the Turkey Creek Community died at 5:15 p.m. Friday evening August 9, 2019 at the St. Thomas Hospital West in Nashville with his wife Ellen, son Chuck and daughter-in-law Connie at his bedside. He was admitted August 2nd following a head injury received in a fall at his Colllinswood Lane home. Mr. Collins was age 83.

At the Shelby Avenue Baptist Church in Nashville on February 19, 1966 he was united in marriage to Smith Bend Community native, the former Ellen Allen Smith.

Mr. Collins retired in 1997 as the department supervisor over mechanics for the Nashville Transit Authority.

He unselfishly served our country with the United States Navy in the Bay of Pigs during the Cuban Missile Crisis.

Mr. Collins was a member of the Hermitage Hills Baptist Church in Hermitage.