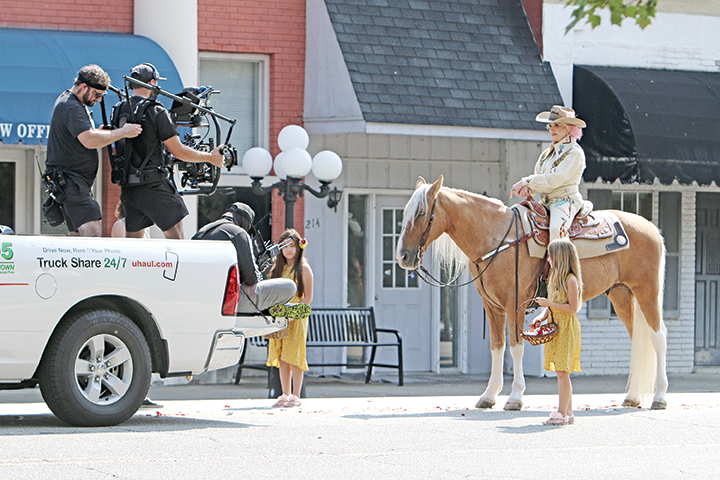 The town of Carthage was abuzz Monday as filming for a music video took place on Main Street in downtown.

Country music legend Tanya Tucker was in town to film the music video for “While I’m Living”. Tucker, who rose to fame in 1972 at the age of 13 with her signature hit “Delta Dawn”, has a new album coming out which was co-produced by Grammy award winning singer/songwriter Brandi Carlile.

As part of Monday’s filming, the country music legend rode a horse down Main Street in sweltering heat.

Tucker was dressed in traditional western wear and sporting a cowboy hat.