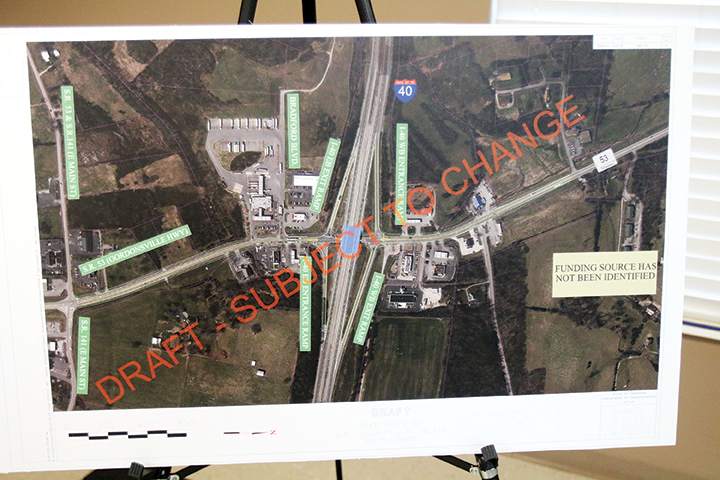 The Tennessee Department of Transportation continues to study plans to modify the Gordonsville Exit (Exit 258) on Interstate 40. State transportation department engineers have devised a new plan to modify the intersection in four stages to ease traffic congestion. Basically, the four phases would include adding traffic lights on the north side of the interstate on Highway 53 (west bound exit and entrance ramps), reworking and extending both the east and west bound exit and entrance ramps and widening Highway 53 from the intersection of Highway 141 to north of JMZ Drive.

READ MUCH MORE IN THIS WEEKS COURIER!!