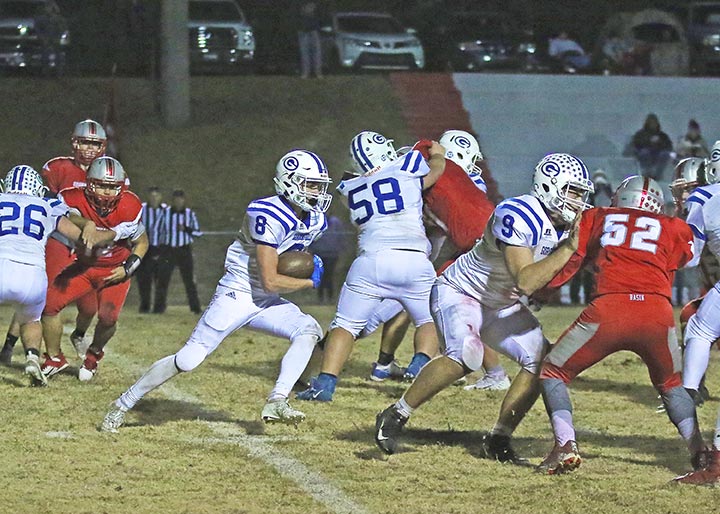 The 2019 playoff run for the Gordonsville High School Tigers football team came to an end last Friday night as they were shutout by the Associated Press No.1 team in Class 1A the South Pittsburg Pirates 40-0 in the state quarterfinals. “Well, I did not think we executed very well,” said Gordonsville head coach Scott Clemons. “I think we got caught up in the moment a little bit. As hard as you try to prepare them for the atmosphere they are going to run into at South Pitt, it can be overwhelming.”

Clemons continued, “Defensively, we held them on a goal line stand which was big but we could never get anything going offensively. They are probably a better defensive team than they are offensive team and they are pretty good on offense. They play with good technique and they have some speed on the defensive side of the ball. It just makes it really hard to move it.” Gordonsville ended the year with a 5-8 record and a Class A quarterfinal appearance after entering the postseason with a 3-7 record as the third seed out of Region 4-1A.