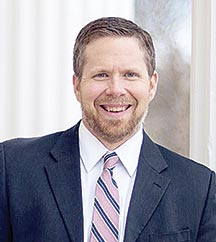 Assistant District Attorney General Javin Cripps announces his candidacy for 15th Judicial District Circuit Court Judge. Cripps is a life-long Smith County resident with experience handling both civil and criminal cases during his fourteen-year career. He is proud to bring a strong work ethic and a commitment to fairness to his campaign. Cripps grew up on a family cattle farm between Smith and Wilson Counties where he worked every day when he wasn’t in school.

On summer breaks he joined his father, a general contractor, at work. Cripps worked 30 to 40 hours per week as a construction laborer while working on his undergraduate degree at Middle Tennessee State University. He earned his bachelor’s degree in criminal justice in 2001 with a double minor in psychology and political science. Before starting law school in 2002, Cripps earned his contractor and plumbing license.