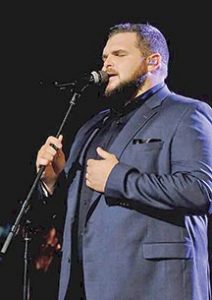 Hoot was born in Corpus Christi, Texas, the son of missionaries, and at around 9 years old, his parents moved Jake and his 8 siblings to Dominican Republic to live and minister there. He began playing guitar while living in Haiti and the Dominican Republic.

From that experience, he is also fluent in Spanish.

The family eventually came back to the United States and settled into Carthage, TN. Hoot’s parents and other family members still reside in the Riddleton area.