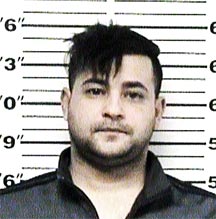 A man, who faces nine counts of criminal simulation and other charges following an in depth investigation, is expected to appear in general sessions court next week.

Sgt. Long stopped the vehicle which Sanchez was driving on the bypass in Carthage for an improper display of a license plate and following too close.