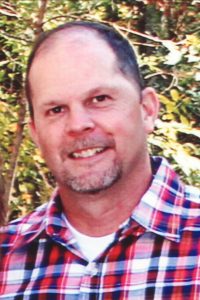 Mr. John Payne, of Park Avenue in Carthage, died at 9:55 a.m. Friday morning, March 27, 2020, at the Carmack Avenue home of his mother, following a years-long battle with cancer. Mr. Payne was 47 and Aseracare of Hermitage had been assisting his family during his final days of illness.

Born John William Payne in Lebanon on January 17, 1973, he was the son of Charles Bruce Payne of the Whitleyville community in Jackson County and Tina Igou Frizzell of Carthage.

Before Mr. Payne’s illness he was employed in maintenance for Bridgestone America and later with THK Rhythm North America in Sparta.

He was a 1991 graduate of Lebanon High School and received certification as a maintenance engineering technician.

Mr. Payne proudly served our country with the United States Marines during the Persian Gulf War and was inducted July 15, 1991 and was honorably discharges with the rank of Corporal in El Tora, California on July 14, 1995, with total overseas service of five months and twenty six days.

While a member of the Marines, he was trained as an aircraft airframes mechanic.

Mr. Payne was of the Church of Christ belief.

The Payne family requests memorials be made to the American Cancer Society.