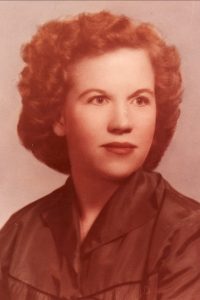 Mrs. Hazel Bowman, of the Sykes community and a longtime resident of Carthage, died at the Kyle Hollow Lane home of her daughter and son-in-law who had been lovingly caring for her during her declining years. Mrs. Bowman was 89 and died at 10:40 p.m. Thursday evening, April 16, 2020. She was pronounced deceased at 11:10 p.m. by Avalon Hospice of McMinnville.

Her former pastor, Eld. James Crawford, officiated at the 1 p.m. Monday afternoon, April 20th, graveside services. Burial followed beside her husband in the Garden of the Cross at the Smith County Memorial Gardens.

Born Hazel Rachel Reeder in Smithville on January 14, 1931, she was one of eleven children and the daughter of the late Julius Reason and Vennie May Caldwell Reeder.

She was also preceded in death by a son, Charles Victor Bowman, who died September 30, 2014 at the age of 58 following a long battle with throat cancer.

Mrs. Bowman retired from the former Carthage Shirt Corporation when it closed in 1993, following a long career with the shirt manufacturing facility.

She was saved and baptized into the full fellowship of the East Carthage Missionary Baptist Church where she remained a member until her death.