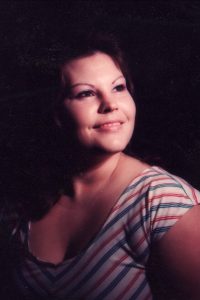 Ms. Leslie Shearl, age 60, of Carthage, died at 9:44 a.m. Sunday morning, May 17, 2020 at the TriStar Centennial Medical Center in Nashville where she was admitted May 11th, following a battle with cancer.

Ms. Shearl was at the Carthage Chapel of Sanderson Funeral Home. She was cremated at the Cumberland Family Services in Algood and a memorial service will be conducted at a later date.

Ms. Shearl was a 1978 graduate of Gordonsville High School.

Following graduation, she began employment at the William L. Bonnell Corporation in Gordonsville and her career there spanned 42 years. She was employed in maintenance and the stockroom.

Surviving, is her daughter, Jessica Shearl, of Carthage; sister, Joanne Cantor Green and husband, Denny, of Camden, Tennessee and Jerry Cantor and wife, Jenny, of Nashville.