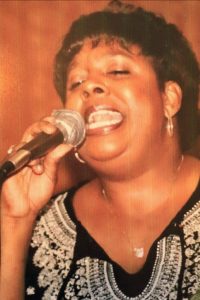 Mrs. Lesslie Carter Williams, age 53, entered into eternal rest on Sunday morning, May 24, 2020, two days before her 20th wedding anniversary, and was pronounced deceased at 6:18 a.m. at the Riverview Regional Medical Center E. R. in Carthage after becoming gravely ill, suffering from an apparent heart attack at her Alexander Road home in the Riddleton community.

A service of remembrance to celebrate her life was conducted on Saturday afternoon, May 30th, at 1 p.m. from the Carthage Chapel of Sanderson Funeral Home with her brother and pastor, Preston Carter, delivering the eulogy. Burial followed in the Garden of Everlasting Life at the Smith County Memorial Gardens.

Mrs. Williams was also preceded in death by her grandmother, Mary Callie, lovingly known as “Emma”, Bell, who died on April 9, 2009 at the age of 91.

On May 26, 2000 at the Lily Hill Missionary Baptist Church in the Riddleton community, she was united in marriage to Lenoir City, Tennessee native Harold Wayne Williams.

Mrs. Williams was a 1985 graduate of Smith County High School and graduated from the Tennessee Technology Center in Hartsville with a degree in computer and office occupations.

In 1999 she began what would be a twenty one year career with the U. S. Corps of Engineers as a program analyst and valued employee and had served at all three of the Mid-Cumberland Area Dams: Center Hill Dam, Dale Hollow Dam and at the Cordell Hull office on Corps Lane in Carthage since 2006.

Mrs. Williams was saved and united with the Lily Hill Missionary Baptist Church where she was a member of the choir and a faithful and dedicated member of the church until her untimely death.

The Williams family has requested memorials to the Middle Tennessee Chapter of the Juvenile Diabetes Research Foundation.