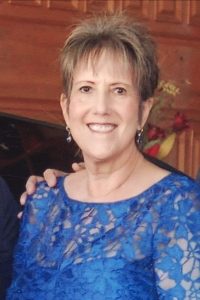 Mrs. Joyce Hiett, a homemaker and Human Resources specialist, died at 7:22 p.m. Monday evening, June 1st, at the Riverview Regional Medical Center in Carthage, after suffering an apparent brain hemorrhage at her Hackett Lane home in Carthage on Sunday afternoon, May 31st. Mrs. Hiett was 63.

Family and a large gathering of friends came together for a Celebration of her Life remembrance service which was held on Saturday afternoon, June 6th, at 1 p.m. from the Carthage Chapel of Sanderson Funeral Home with Eld. Gerald Ragland and Mrs. Hiett’s pastor, Eld. Scott Rigsby, officiating. Burial followed in the Hiett family lot at the Sanderson Cemetery in Pleasant Shade.

Mrs. Hiett was a 1974 graduate of Smith County High School and attended the Tennessee Technological University in Cookeville.

A specialist in Human Resources, Mrs. Hiett was employed with Carthage General Hospital for 21 years and later with Randstad Staffing for 14 years.

Mrs. Hiett was saved at the age of 17 on October 13, 1974 at the former Sanderson Presbyterian Church and at the time of her death her membership was at the Pleasant Shade Upper Cumberland Presbyterian Church where she was baptized on July 13, 2003.

The Hiett family has requested memorials to the Grandchildren’s Scholarship Fund.