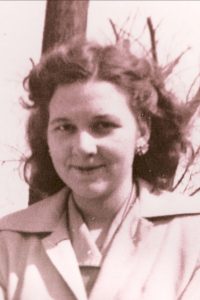 Mrs. Robbie Overstreet, age 84, a homemaker of the Conditt Hollow in the Elmwood community, died at 11:18 a.m. Sunday morning, May 31, 2020, at the Cookeville Regional Medical Center where she was admitted May 20th.

Following visitation at the Carthage Chapel of Sanderson Funeral Home on Tuesday evening and Wednesday morning, graveside services and interment were conducted at 1 p.m. Wednesday afternoon, June 3rd, by Bro. Wallace Caldwell from the Overstreet Family Cemetery in the Conditt Hollow near the family home.

On September 12, 1953 she was united in marriage in the Elmwood community to Conditt Hollow community native George William Overstreet.