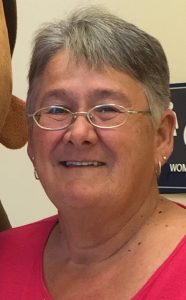 Ms. Emily Thackxton, of Carthage, died at 8:08 a.m. Wednesday morning, June 24, 2020, at her Village Drive home under the care of Avalon Hospice of Cookeville, who had been caring for her during her battle with cancer.

A celebration of life was conducted on Sunday, June 28, at 3:00 p.m. from the Mt. Calvary Pentecostal Church in the Rock City community with Bro. Randall Hunt as the officiant.

She began her career with the government as a Head Start driver and at the time of her death, following twenty one years of service, she was Smith County Coordinator for the Upper Cumberland Human Resources Agency.

Emily was very active in her community and for several years coached girls youth softball here in Smith County.

Ms. Thackxton was of the Pentecostal faith and had attended the Carthage First Freewill Baptist Church in the Tanglewood community.

The family requests memorials to the Mt. Calvary Pentecostal Church.