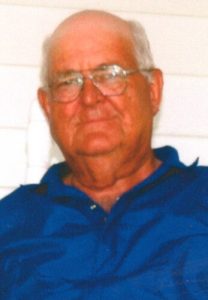 Eld. Junior Dickerson officiated at the 11 a.m. funeral services from the Carthage Chapel of Sanderson Funeral Home with Mr. Bowman’s grandson, Cayde Bowman, delivering the eulogy and another grandson, Canaan Bowman, providing the piano music. Burial followed in the Bowman family plot at the Pole Beasley Cemetery in the Graveltown community.

On April 23, 1955 Mr. Bowman was united in marriage to Pleasant Shade community native and resident, the former Sandra Sue Kemp, who herself was one of eleven children.

Mr. Bowman was a plumber and electrician for the former Moss Service and Supply Co. in Carthage where he was employed for over fifty years, before retiring as a job foreman in 2010.

Mr. Bowman was a non-denominational Christian.

After retirement he enjoyed raising a garden and working on his Graveltown community farm.