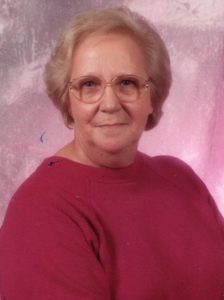 Mrs. Marie Draper, a homemaker of the Halls Hill community, died at 9:45 a.m. Tuesday morning, July 14, 2020, at the age of 81 after suffering from chronic kidney failure. She was pronounced deceased by Caris Hospice of Cookeville who had been lovingly assisting the family with her care.

Friday morning, July 17th, funeral services were conducted from the Carthage Chapel of Sanderson Funeral Home with Bro. Tony Hopkins officiating. Burial followed near her family in section five of the Ridgewood Cemetery.

One of four children of 99 year old Mrs. Maudie Marie (Maude) Silcox Comstock of the Defeated Creek community and the late Dewey Birdine Comstock, who died at the age of 84 on October 25, 1996, she was born Bessie Marie Comstock in Gordonsville on September 29, 1938.

She was preceded in death by a brother, Bobby Lee Comstock, who died as the result of a tractor accident on his Hackett Hollow farm in the Graveltown community on September 18, 1994 at the age of 53, and a sister, Lois Virginia Comstock Kent of Holly Pond in Cullman County, Alabama, who died at the age of 66 on February 1, 2004.

Mrs. Draper was retired from Hartman Luggage in Lebanon where she worked in fabrication.

She was a member of the Carthage Church of God.

Surviving, in addition to her mother, are her two children, Tommie Dailene Draper and Terry Franklin, both of the Halls Hill community; brother, Eddie Comstock and wife, Linda Bennett Comstock, of the Defeated Creek community; two step-children, Connie Draper and Sherry Thompson and husband, Roger, both of Lebanon.