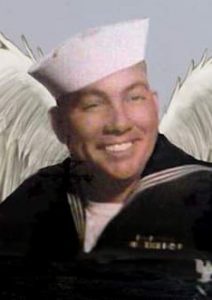 Former Red Boiling Springs Mayor, Mr. Willie Brown, died Friday morning, July 17, 2020, at the Smith County Health and Rehabilitation Center in Carthage where he had been a resident since July 2nd. He was pronounced deceased at the Riverview Regional Medical Center in Carthage by Dr. Rutherford at  5:17 a.m. at the age of 86.

Funeral services from the Carthage Chapel of Sanderson Funeral Home were conducted by Bro. Tim Blackburn. Following the 1 p.m. funeral services, burial was beside his wife in the Garden of Gethsemane at Smith County Memorial Gardens.

In Hilo, Hawaii on January 4, 1956, he was united in marriage to Kailua Kona, Hawaii native, the former Eppefania Fana “Faye” Santana, whom he met while in military service in the Navy. She preceded him in death on June 1, 2011 at the age of 73.

They were preceded in death by a daughter, Peggy Brown, who died at the age of 12 and was buried in the National Cemetery of the Pacific on the island of Oahu, Hawaii.

Mr. Brown honorably served our country with the United States Navy stationed in Hawaii and served four tours of duty during the Korean and Vietnam Wars where he was a member of the Sea Bees Special Amphibious Reconnaissance Corps. He was honorably discharged with twenty years of service with the rank of Seaman First Class on the 4th day of July 1972 at the Naval Air Station in Adak, Alaska.

Mr. Brown was first elected to the position of vice mayor of Red Boiling Springs and later was elected mayor.

After retiring from the Navy, he was a longtime employee of the former McKee’s Service Station at I-40 in Gordonsville.