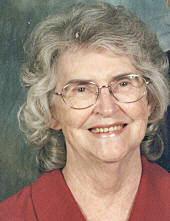 Kempville Community homemaker Mrs. Imo Dixon died peacefully at the Smith County Health and Rehabilitation Center in Carthage at the age of 80 at 3:35 a.m. Sunday morning August 2, 2020. She had been cared for there since June 30th.

Funeral services were conducted by her pastor Bro. Brian Bratcher and her nephew Bro. Steve Waller on Tuesday morning August 4th at 11 a.m. from the Hackett Chapel of Sanderson Funeral Home. Burial followed beside her husband in section five of the Defeated Creek Memorial Gardens.

On February 10, 1956 at the home of Smith County Justice of the Peace Bob Lee Anderson, she was united in marriage to Kempville Community native Ray J. “Wee” Dixon who preceded her in death on November 3, 2018 at the age of 84.

Mrs. Dixon was a former cook at the Defeated Creek Elementary School.

She was a member of the Kempville Chapel Old Time Methodist Church.