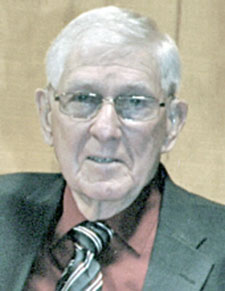 Mr. Lester “Coot” Dillehay, age 92, of Mount Juliet died peacefully following a period of declining health at his Hillview Drive home at 4 p.m. Saturday afternoon August 15, 2020 surrounded by his family. He was under the care of Alive Hospice who pronounced him deceased at 5:12 p.m.

Mr. Dillehay’s pastor, Eld. Jeff Patterson and his brother-in-law Eld. Jerry Shrum will officiate at the Wednesday morning August 19th funeral services from the Carthage Chapel of Sanderson Funeral Home. Burial will follow the 11 a.m., services in the East section of the Will Gregory Cemetery in the Sycamore Valley Community.

The family will receive friends at Sanderson in Carthage on Tuesday from 4 p.m. until 7 p.m. and on Wednesday after 9 a.m.

Mr. Dillehay was also preceded in death by a son-in-law, Danny Wright who died July 4, 2020 at the age of 70 from cancer.

Mrs. Dillehay’s first husband and the father of her two sons, Ellis Kittrell, died in a farming accident in the Carver Hollow in the Cartwright Community at the age of 26.

Mr. Dillehay was educated at the former two room Defeated Elementary School where he was Salutatorian of his eight grade class and was an outstanding basketball player.

In 1991 he retired from the Yellow Freight Systems where he had been employed for over thirty years.

He was saved as a teenager and was baptized into the fellowship of the Friendship Primitive Baptist Church in the Defeated Creek Community where he was a devoted and supportive member.

The Dillehay family requested memorials to either the Friendship Primitive Baptist Church or the Will Gregory Cemetery Mowing Fund.