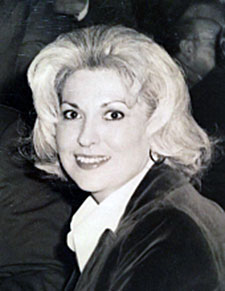 Mrs. Betty Powell Cutts, of of Nashville, died peacefully in her sleep from pneumonia at 6:45 a.m. at the age of 88 at the Smith County Health and Rehabilitation Center in Carthage where she had resided since February 17, 2020.

Mrs. Cutts was at the Carthage Chapel of Sanderson Funeral Home and was cremated at the Cumberland Family Services in Algood. Her cremains will be buried between her parents in section two at the Ridgewood Cemetery in Carthage.

Mrs. Cutts was a graduate of Smith County High School, attended Ward-Belmont College in Nashville, received an undergraduate degree in education from Auburn University in Auburn, Alabama and earned her Masters Degree in Speech Pathology and Audiology from Vanderbilt University in Nashville.

She graduated from the University of Texas and held a Certified Public Accountant degree in the State of Texas.

Mrs. Cutts retired in 1997 from the State of Tennessee Clover Bottom Institute in Nashville where she taught speech therapy.

Mrs. Cutts was a member of the Carthage United Methodist Church.

Surviving is her only child, a son, William Thomas Cutts and wife Paula of Houston, Texas; a grandson, Powell Cutts of Houston and a granddaughter, Westleigh Cutts also of Houston.