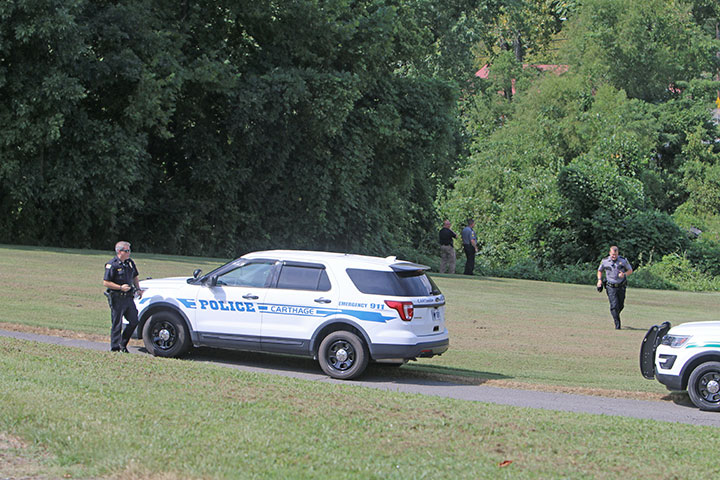 A man who broke into a Carthage home with two juveniles inside is believed to have fled the county. Law enforcement authorities also believe the man, who is a suspect in other burglaries committed the night before last Wednesday morning’s home invasion, had help fleeing to another county. Carthage police received a 911 call around 9:18 a.m., Wednesday, of a burglary at Walnut Drive. A resident reported hearing a noise downstairs at the house and was met by an individual at the top of a flight of stairs. The man claimed he had a wreck and was looking to use a telephone. The man fled the residence into a wooded area overgrown with kudzu. The man was described as a slender, white male, approximately six feet tall with blonde hair and was wearing cargo pants and a blue shirt. The search for the suspect, known to police, continues.
READ MORE IN THIS WEEKS COURIER!