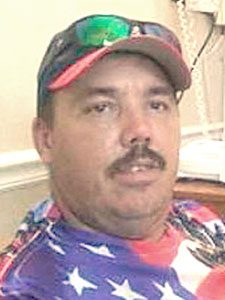 Mr. Brent May, age 46, of the Chestnut Mound community, was pronounced deceased at 5:27 p.m. Saturday evening, August 22, 2020, shortly after arrival at the Riverview Regional Medical Center in Carthage. Mr. May had collapsed at his White Circle home from apparent heart failure and Smith County E-911 received a call from his wife for help at 4:43 p.m. Saturday afternoon.

Funeral services from the Carthage Chapel of Sanderson Funeral Home were conducted Wednesday morning, August 26th, at 11 a.m. with his pastor, Bro. Donny Payne, officiating. Burial followed in the Fields section at the New Macedonia Cemetery in the Pea Ridge community.

One of two sons born to Lemuel Edward “Buck” May, who resides in Newnan, Georgia and the late Brenda Kaye Moody May, who died at the age of 49 on February 2, 2009, he was born Brent Edward May at Clayton General Hospital in Riverdale in Clayton, County, Georgia.

On December 17, 2015 at the Wilson County Courthouse he was united in marriage to Smith County native the former Lori Ann Brown.

Mr. May was a 1992 graduate of East Coweta High School in Newnan.

He had been employed at Filtra Systems in Gordonsville for over eight years and at the time of his death was the shipping and receiving clerk.

Mr. May and his wife attended the Carthage Road Baptist Church in the Popes Hill community.

Surviving, in addition to his father, Buck, and his wife, Lori, is his step-mother, Sylvia May, of Newnan; son, Brannon May and wife, Harle, of Clarksville; brother, Brian May and wife, Sherrie, of Griffin, Georgia; two step-children, Justin Crawford and Ashley Pickens and husband, Michael, all of Lebanon; six grandchildren, Braiden May, Collins May, Jonathan, Liberty, Kaylee and Raylynn Pickens.