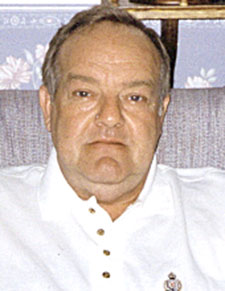 Mr. Roy Thrower of Carthage died peacefully at his College Avenue home at the age of 83 at 4:11 a.m. Sunday morning, August 23, 2020, following an extended illness. He was under the loving care of Kindred Hospice of Cookeville.

Graveside services were conducted Tuesday afternoon, August 25th, with Mr. Thrower’s pastor, Eld. Van Mathis, officiating. Following the 3 p.m. services, burial was between his son and wife in the Garden of Everlasting Life at the Smith County Memorial Gardens.

At the Smith County Courthouse on June 16, 1970, Mr. Thrower was united in marriage to Carthage native, the former Brenda Sue Bowman, by then Circuit Court Clerk Joe Hershel Wilson.

She preceded him in death on March 19, 2019 at the age of 70, following almost fifty years of marriage.

Mr. Thrower was one of the original twenty seven employees that the William L. Bonnell Co. transferred to Carthage from the Newnan, Georgia Plant in September of 1968 to oversee the construction and beginning of production at the aluminum extrusion facility.

Before the construction of the Gordonsville Plant was completed, the offices for the Bonnell Co. were in the former Petty-Green Clinic on North Main Street in Carthage which is now the site of the present Smith County Drugs.

Following the death of Mr. Leon Hammond on August 6, 2020 at the age of 85, Mr. Thrower was the last surviving of those twenty seven gentlemen who was under the first Human Resources manager, O. C. Wakefield.

Mr. Thrower proudly served our country with the United States Army during the Korean War and completed his military reserve duty on August 31, 1966.

Surviving are his children, who have lovingly cared for him and been attentive to his every need since the death of their mother, Brenda; Connie Bush and husband, Jr., of the Tanglewood community, Dewayne Holmes of Carthage; seven grandchildren, Terri Brown and husband, Josh, Ian Gibbs, Kristen Holmes, Lee Holmes, Brenden Thrower, Dacey Thrower and John Taylor Bush, six great-grandchildren, Jordyn Brown, Canaan Brown, Owen Gibbs, Rhett Gibbs, Hunter Boyett and Addy Boyett.