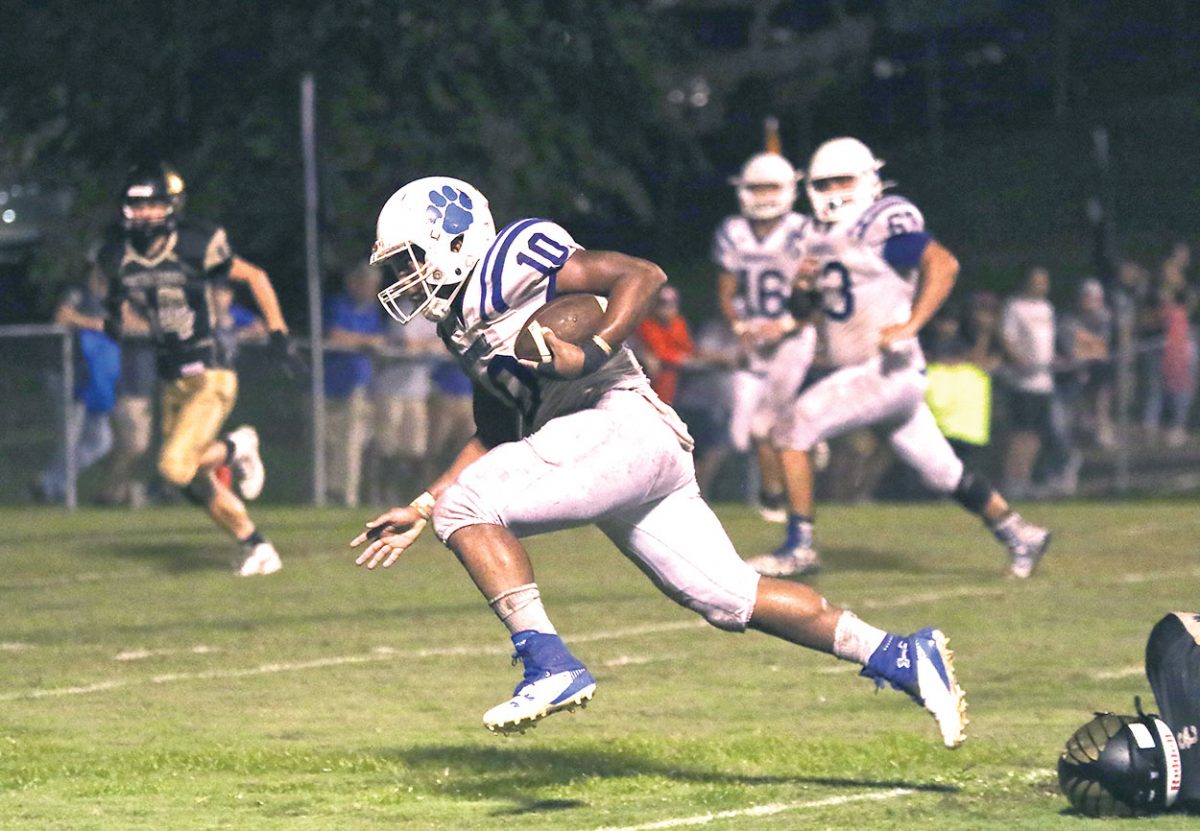 After a roller coaster ride of events filled the week leading up to the annual rivalry clash between the Smith County High Owls and the Gordonsville High Tigers, the two inter-county adversaries finally took to the gridiron in an unusual Saturday night meeting. The believed to be 87th meeting between the schools went to the Blue-and-White as the Tigers imposed a power rushing attack that racked up 215 yards on 43 attempts and accounted for all four Gordonsville touchdowns as they walked away with a 28-0 victory over the Owls on a rain-soaked field. The game was pushed back to a Saturday night tilt in Carthage after the remnants of Hurricane Laura threatened to bring severe weather to the area last Friday night. Mother Nature’s impact on the contest would also cause a change in the kickoff as the teams were forced to wait during an hour and a half lightning delay — moving the game’s start time to 7:30 instead of 6:00.