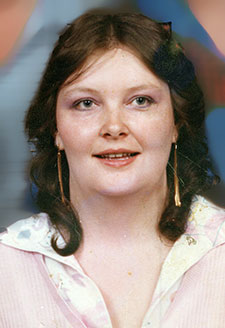 Mrs. Phyllis Bowman Trout, a homemaker of South Carthage, died at 5:30 a.m. Tuesday morning September 1, 2020 at the St. Thomas Mid-Town Hospital in Nashville where she had been treated for pneumonia since August 26th. She was just diagnosed with lung cancer on August 12th. Mrs. Troutt was 56.

Memorial services were conducted by Bro. Bill Smith on Saturday afternoon September 5th at 1 p.m. from the Carthage Chapel of Sanderson Funeral Home. She will be memorialized with her father in the Garden of the Cross at the Smith County Memorial Gardens.

Mrs. Troutt was united in marriage to Beech Grove, Indiana community native Donald Rhea (Donnie) Troutt at the Ivy Agee Park in Gordonsville by then Smith County Clerk Jimmy Norris. The ceremony was performed on September 7, 2008 and he preceded her in death on July 9, 2013 at the age of 57 following almost five years of marriage.

She attended the Church of God of Prophecy.