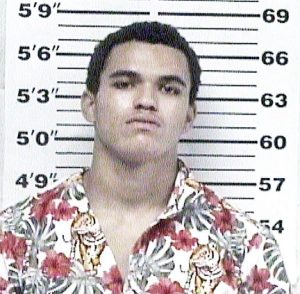 A man who attempted to flee from the Tennessee Highway Patrol ended up crashing his vehicle in a field in Carthage. In addition to fleeing from police, the suspect rammed a Tennessee Highway Patrol vehicle at the intersection of Main Street and Turkey Creek Highway in Carthage in an attempt to escape apprehension. A pursuit began after the suspect was pulled over on Highway 25 in the Riddleton community near Wilburn Hollow Road where the highway patrol was conducting a sobriety checkpoint. According to an affidavit of complaint, the suspect was pulled over to the side of the road after a highway patrol officer smelled an “overwhelming odor of marijuana coming from inside the subject’s vehicle and the registration has expired”. Trooper Robert (Bobby) Johnson was speaking with subject when he fled in his vehicle east on Highway 25/Dixon Springs Highway. Trooper Johnson and Trooper Jonathan D. Burke pursued the subject through the Tanglewood community and into Carthage.

The driver of the vehicle, who was traveling alone, was identified as Jesse Wallace of Lafayette.