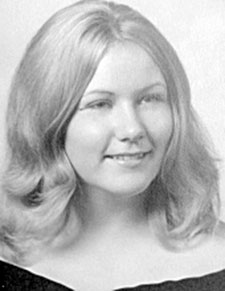 Mrs. Barbara Holleman Hall,  of the Defeated Creek Community, was pronounced deceased at 6:32 a.m. Wednesday morning September 16, 2020 at the Riverview Regional Medical Center E. R. in Carthage at the age of 64. She was found unresponsive at the family’s Harris Hollow Road home earlier that morning.

Mrs. Holleman was at the Carthage Chapel of Sanderson Funeral Home and was cremated at Cumberland Family Services in Algood and following cremation there will be a private graveside service at the Holleman Family Cemetery in the Kempville Community. Her cremains will be placed to rest beside her mother.

On August 31, 2016 she was united in marriage in Macon County to Clarence Archie Hall.

Both Mrs. Hall and her husband were employees of the J. M. Smuckers Corporation in Scottsville, Kentucky.

Mrs. Hall was a member of the Church of Christ.

Surviving in addition to her husband Archie, are her two sons, James Goolsby of Texas and Wade Goolsby of Dalton, Georgia; five grandchildren and seven great-grandchildren.