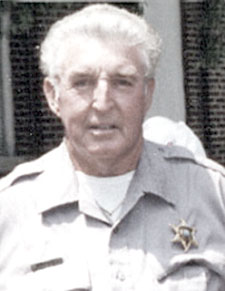 Mr. Robert Lewis Williams age 90 of the Defeated Creek Community died peacefully at 5 a.m. Friday morning September 25, 2020 at the Smith County Health and Rehabilitation Center in Carthage where he had been cared for since August 28th of this year.

Because of family members being out of state the funeral services have been scheduled for Friday October 2nd at 3 p.m. from the Carthage Chapel of Sanderson Funeral Home with his pastor Bro. Roger Grisham officiating. Burial will follow beside his beloved wife in the Gordonsville Cemetery.

The Williams family will receive friends at Sanderson in Carthage only on Friday October 2nd from 11 a.m. until the services at 3 p.m.

He was preceded in death by his only brother, Frank David Williams who died at the age of 71 on April 23, 2011.

On April 9, 1950 Mr. Williams married the love of his life, the former Erlene Harris. She preceded him in death on February 3, 2014 at the age of 81. They were united in marriage in Rossville, Georgia by then Justice of the Peace, Herman O. Bowman.

For thirty five years Mr. Williams was employed by the Chrysler Corporation in Detroit, Michigan and retired in 1991 with the position of District Manager.

He and Mrs. Erlene relocated to a home on Defeated Creek Highway and in 1991 Mr. Williams began serving as a court officer under former Sheriff Johnny Bane and held that position from 1994 until 2006.

The love Mr. and Mrs. Williams had for each other was evident as every week she would come to Carthage and have her hair fixed and they would meet at the former LaVilla and have lunch together.

He had a passion for drag racing in his younger years and was a member of the National Hot Rod Association. The name of his drag racing car was “The Hillbilly”.

The Williams family has requested memorials to the American Cancer Society.