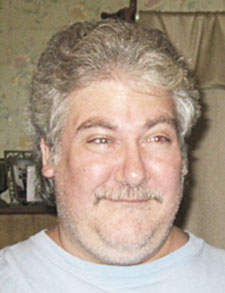 Mr. Teddy Ray, age 56, of Joelton died unexpectedly after arrival at 2:35 p.m. at the Northcrest Medical Center in Springfield on Monday October 26, 2020.

Funeral services from the Carthage Chapel of Sanderson Funeral Home were conducted on Friday morning October 30th with Pastor Justin Pierce officiating. Following the 11 a.m. funeral services burial was in the Davis Cemetery in the Russell Hill Community.

One of five children, he was the son of Mildred Inez West Ray of Goodlettsville and Ronnie Dean Ray of Cookeville, He was born Teddy Deron Ray in Nashville on October 31, 1963.

Mr. Ray was a stage hand at Starwood Amphitheater in Antioch from approximately 1992 through 1994. Later he was a disc jockey at special events.

He loved heavy metal rock music and was a virtual encyclopedia of music history during that period.