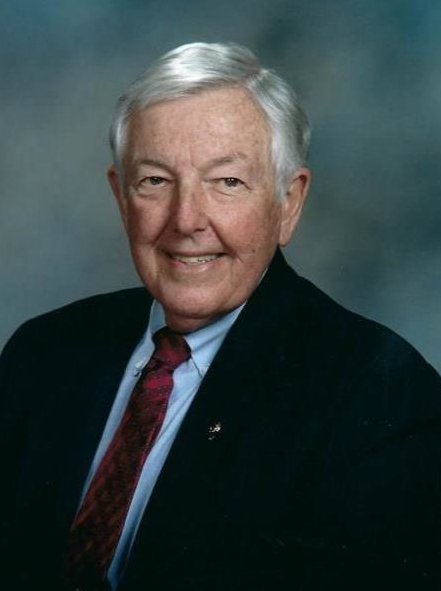 Horseshoe Bend community native Mr. Albert Bennett, a Sumner County businessman and philanthropist, died at the age of 84 on November 23, 2020 at the Sumner Regional Medical Center in Gallatin where he was admitted Sunday. Mr. Bennett had battled Parkinson disease for several years.

Funeral services from the First United Methodist Church in Gallatin, were conducted by his pastor, Rev. James C. Johnson Jr. on Saturday afternoon, November 28th, at 1 p.m. Burial followed in the Gregory family lot in the Beasley-Brooks section at the Dixon Springs Cemetery.

At the home of the late Eld. Phocian Gibbs on June 28, 1959, he was united in marriage to Riddleton community native, Ladye Lou Gregory, who was the daughter of the late Delmas and Denton Bilbrey Gregory.

He graduate from Smith County High School in 1954 and in 1958 graduated from the University of Tennessee with a degree in agriculture.

Known for his philanthropy and his generous giving of his time, resources and efforts to civic and charitable organizations, he was involved in too many groups to list.

However some of his most notable causes include his active membership in the First United Methodist Church of Gallatin, the Gallatin Noon Rotary Club, Nashville Corvette Club, of which 21 Corvettes participated in his funeral possession, the Hwy. 109 Cruisers Club and the Sideview Fellowship Club.

He served as a member of the City of Gallatin Power Board, the Sumner County Board of Equalization Board and Volunteer State Community College Foundation Board of Trustees.

His entrepreneurial endeavors included, but were not confined to, being President of the National Refining Corporation and Capital Silver Services, Inc.

Financially he was involved in real estate development, stock investments, and was a venture capitalist.

Although he was a diligent worker, he always enjoyed life, spending time with family and especially his grandchildren which he love dearly.

He and Lady Lou loved to travel the world and they both had a quest for knowledge and discovering what just over the horizon.

He cherished the time spent with fellow Corvette aficionados by being actively involved in the Nashville Corvette Club.

As a graduate of the University of Tennessee he was an avid Volunteer football fan as well as a Tennessee Titans fan.

Other activities included taking care of his farm property, hunting and fishing and taking motorcycle trips with his sons.

This notice provided as a courtesy to the Bennett family.