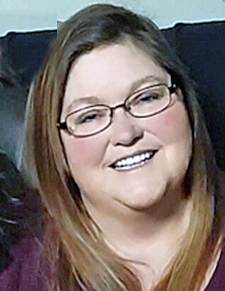 Ms. Tina Gray, of Carthage, passed peacefully into her eternal rest at 5:30 a.m. Thursday morning December 17, 2020 surrounded by her family at her Skyline Drive home. She was pronounced deceased at the age of 56 at 7:20 a.m. by HighPoint Hospice who had been assisting the family with her care.

Her former pastor, Bro. Scott Bennett, officiated at the 1 p.m. Saturday afternoon December 19th funeral services from the Carthage Chapel of Sanderson Funeral Home. Musical presence was presented by Miss Deona Lee Thomas. Burial followed in the Stallings family plot in the Garden of the Cross at the Smith County Memorial Gardens.

Born Tina Lueta Stallings at the former McFarland Hospital in Lebanon on November 30, 1964, she was the only daughter of three children born to Peggy Jean Anderson Stallings of Carthage and the late Marlin Dee Stallings who died at the age of 63 on September 13, 2004.

Mrs. Gray was a 1983 graduate of Ooltewah High School in Hamilton County, TN.

She was a home health care worker.

Mrs. Gray was a member of the Hickman Baptist Church.