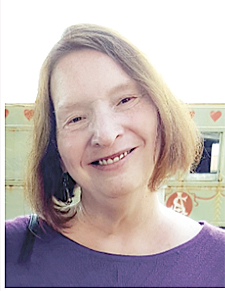 Mrs. Paula Fisher Bledsoe, a longtime resident of Corrales, New Mexico and a native of Carthage, died surrounded by her family at her home on January 12, 2021. Mrs. Bledsoe was 67.

Mrs. Bledsoe was cremated and memorial services will be held at a later date to be announced.

A sister, Patricia Ann “Trish” Fisher Morse died on December 3, 1995 at the age of 36 as the result of an auto accident on Highway # 52 in the city limits of Lafayette.

A brother, Edward E. Fisher, died February 7, 2014 at the age of 57, seven months and fifteen days before his mother.

Mrs. Bledsoe was a 1972 graduate of Smith County High School where she majored in science and math, was a member of the Pep Club all four years and studied in the Future Homemakers of America classes her freshman and junior years, was in the Spring and Fall music festivals and was a member of the Junior play cast.

In 1976, with bachelor degrees in sociology and a minors in psychology and history, she graduated from the Middle Tennessee State University in Murfreesboro.

She was united in marriage on December 17, 1977 to Hohenwald, Tennessee native Louis M. Bledsoe who was educated as an engineer and engaged himself in entrepreneurial enterprises throughout most of his career while Paula worked as an at-home mom, business owner and devoted thirty years of her life to the social services profession.

The ceremony was performed at the home of Paula’s great uncle and aunt, Lofton and Beulah Fisher at their Jackson Avenue home in Carthage.

The couple actually met at Paula’s mother’s City Café when Louis was employed by the Tennessee Valley Authority following graduation from the Tennessee Technological University in Cookeville.

Mrs. Bledsoe touched thousands of lives because of her profession in social service, impacting parents and children alike, with not only the resources of her employer but with the love and wisdom of her heart and her personal resources as well.

The nurturing services that she was permitted to render to her profession was simply an extension of her true joy and character; and her abiding love for her entire family.

Mrs. Bledsoe was a member of the South Carthage Missionary Baptist Church.

This notice provided as a courtesy to the Fisher family.