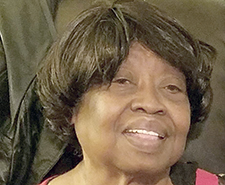 Mrs. Patsy King Link, age 71, a homemaker of Nashville, died at 5:15 p.m. Saturday evening January 23, 2021 at the Vanderbilt University Medical Center in Nashville since her admission on January 20th suffering from kidney failure.

The fifth of six children born to the late Rev. Ben Driver King and Agnes Christine Brown King who died at the age of 80 on December 29, 2002, she was born Patsy Lee King in the Chestnut Mound

Ms. Link was also preceded in death by her brother-in-law, John Roy Carter and by a nephew, Robert “Nugie” King who died in Germany after serving with the United States Armed Forces on November 3, 1993 at the age of 27.

Ms. Link was a 1967 graduate of Smith County High School after transferring there from the former Turner High School in 1966. She was in the junior year play cast, served as her sophomore year class reporter, her junior year served the dual role as both class vice-president and treasurer, was in the school chorus, a member of the paper staff and the S.C.H.S. pep club. Her major was business education and it was stated about her in the 1967 annual: “A smile that won’t come off”.

Ms. Link was saved at an early age and was baptized into the full fellowship of the Mt. Pilgrim Baptist Church in the Elmwood Community where her father was a pastor and following relocating to Nashville she transferred her membership to the Mt. Calvary Missionary Baptist Church in Madison.

Ms. Link was retired from the Equity Group in Nashville.

Surviving is her loving and devoted daughter and niece who had tenderly cared for her in her final days, Sheila Link of the home and Phanesha King Dowell. Also surviving are her sister, Janie Carter of Watertown; brother, Bobby “Buck” King and wife Lola Malone King of Carthage; nieces and nephews.